Have I told you the story of the Thanksgiving turkey that tried to slip away? 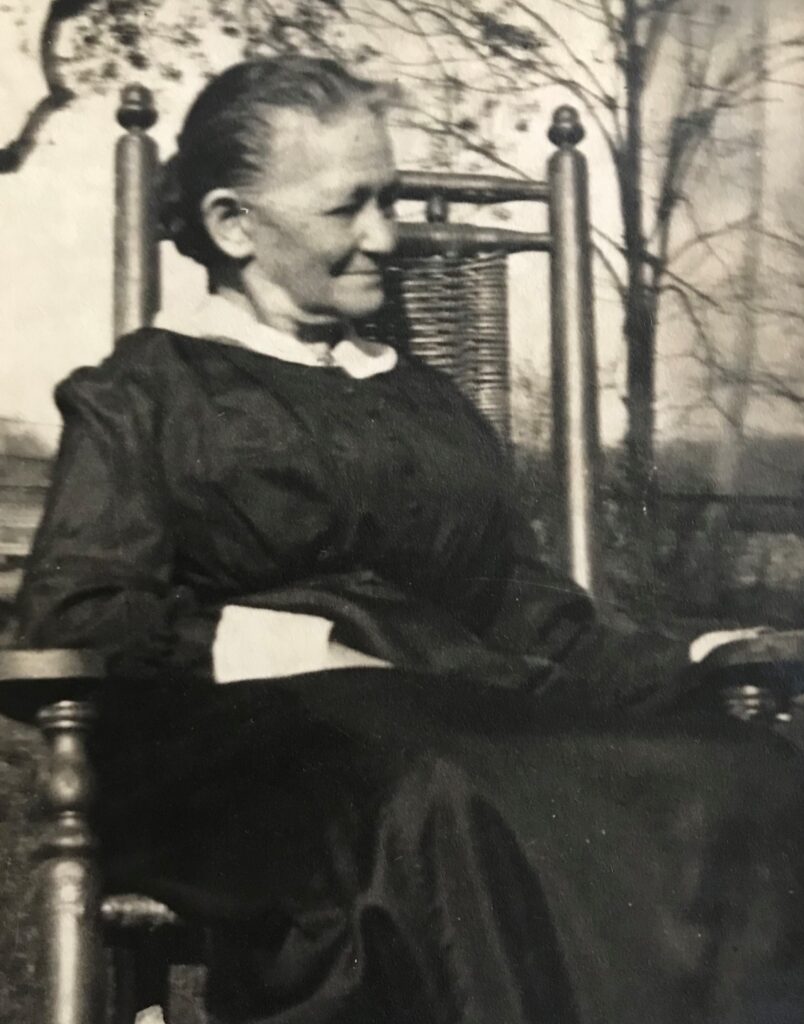 For much of history, women have been hidden, passed over, and their stories untold. Rachel Emma Baker almost slips past us to the unknown. But what we do know of her story tugs on my heart, and it is a story that deserves telling.

Sometimes, life is just plain hard. The “good old days” had many arduous days. This is the story of one of my great-great-grandmothers, Rachel Emma Baker (1850-1935).

Rachel Emma was the seventh of eleven children born to Hannah Townsend and James Dilworth Baker. For some reason, the family was in Grover, Pennsylvania, close to the New York border when Rachel Emma was born. Both Hannah and James came from families in the northern Delaware and Mendenhall areas.

Born in 1850, Rachel Emma and her family moved back to Delaware sometime during that tumultuous decade of the 1850s.

The 1850s were a time of Irish and German waves of immigration, fighting over slavery and whether escaped slaves had to be returned, the Crimean War, mass migration to the western territories for the pursuit of gold and land on this continent. The Bakers concentrated on survival.

Rachel Emma’s mother died in 1861, when Emma, as she was generally called, was 10. Emma and her younger siblings were scattered among friends and relatives. We do not know which households. When Emma was 12, she wanted to cook the Thanksgiving dinner all by herself. When it came time to take the turkey out of the oven, it was too heavy for her and slipped off the baking pan, onto the floor! My mother still laughs at this story, and she feels certain they scooped the turkey back onto the platter.

Of the eleven Baker children, only three lived to adulthood. One of those, Emma’s older brother, James, volunteered at age 16 to fight in the Civil War for a Pennsylvania regiment. He was wounded and had to have one leg amputated. Although James survived, he was never particularly well, and died in 1881.

Rachel Emma married William W. Talley in 1870. William was part of the extensive Talley family (over 200 families named Talley) in Brandywine Hundred at the time, and had a dairy farm. At 26 milch cows, the Talley farm was considered a large operation. William was well known in the community as a dairyman.

Her third child, Anna, was born in 1873. Anna had some kind of physical disability which affected her walking. She used crutches for much of her life. Anna went to school and was usually at the top of the class, outperforming everyone. Physical therapy in her late teens helped Anna a great deal and she was able to leave her crutches behind by age 20. Anna married Joseph Edwards in 1898, and died in 1906 at age 32. Anna died when her children were two, four, and six years old. Emma must have helped care for the children until Joseph remarried three years later. All the children stayed together at home.

Emma’s fourth child, Mabel, was born in 1880. Were there miscarriages between Anna’s birth in 1873 and Mabel in 1880? Probably.  Mabel was strong, smart, talented, and caring. Mabel named her own daughter after her mother.

We know that Emma was part of the local Sewing Society, won awards for her sewing at the Delaware State Fair, and taught her daughter how to sew. We know that daughter Mabel was a professional dressmaker before her marriage, and that Mabel continued to sew for profit as well as her family’s clothes. Emma continued to be part of the Sewing Society throughout her life, and her eyesight was good enough to continue fine embroidery.

Emma was a member of Grace Episcopal Church on Concord Pike, close to the Talley farm. She was active in the church throughout her life.

We know that Emma had a piano, which she greatly valued. Emma’s daughter married into a musical family, and Mabel made certain that both of her children learned to play instruments well. The gift of music has continued through the next generations.

Education was important to Emma, as both her daughters did exceptionally well in school, winning as many awards as possible. The girls had the highest scores in arithmetic, history, and spelling, year after year, in the whole school.

Very little is known of William Talley, her husband. We think it was this William (there were several William Talleys at this time in the neighborhood) who was in a carriage accident in 1888. Thrown from his carriage, William was thought to be fatally injured. After 10 days, the doctor decided William would survive and eventually recover. This fall may have precipitated the health issues alluded to in 1906.

After a brief notice in the paper in 1906 that he was recovering from an illness, not much is recorded. The description suggests a mini-stroke or meningitis or another neurological problem. William looks well in a photo dated about 1920, but we do not know any details.

When he died in 1923, William’s obituary did not list his wife or children or cause of death. This lack of information is striking for a time in which much information was usually printed. He died at home. The death certificate lists “pulmonary edema” as the cause of death.

Emma then lived with her daughter, Mabel, and Mabel’s husband, Harry Rotthouse. Her granddaughter, Rachel Louise, married John Webster just a few years later. It seems that Emma entered a new phase of life while she lived with her daughter and son-in-law. She was known as “Aunt Em” for all the children (under the age of 65!) in the neighborhood and was famous for her fine sewing skills. Mabel and Harry hosted a grand party for Emma’s 84th birthday, which was well attended by neighbors and family in the area. 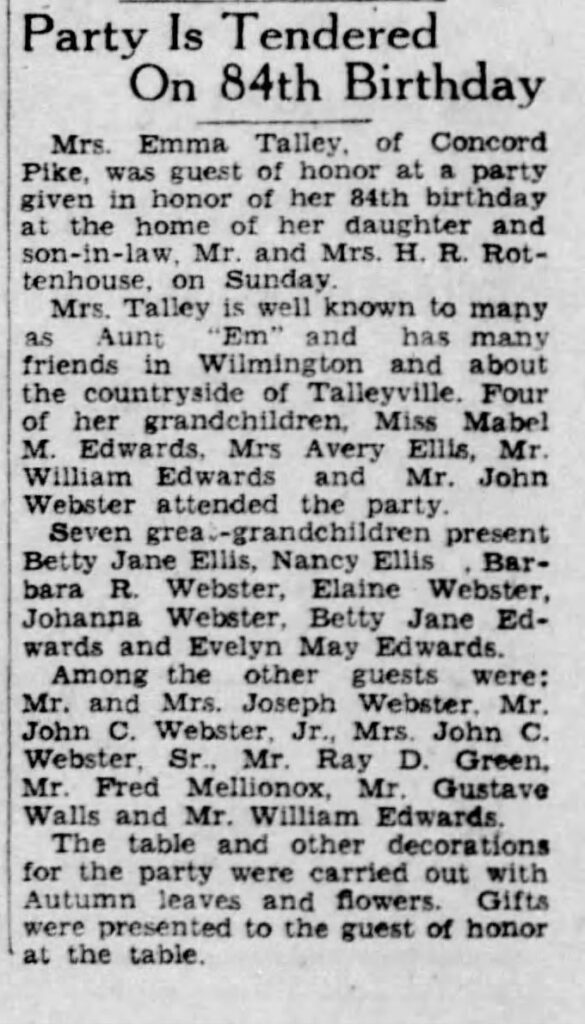 When Rachel Emma passed away in 1935, my mother was not quite six years old. She has only a few memories of her great-grandmother.  The Webster children visited at the Rotthouse farm on Concord Pike, as my mother recalls. My mother remembers being scolded for almost scuffing the beautiful player piano in the parlor. Rachel Webster recalled her Grandmother Talley, as she was known in the family, as quiet and uncomplaining. Apparently, Emma also suffered from swelling in her legs, which made walking quite painful.  Grandmother Talley would say nothing, and just keep on sewing and baking.

Difficult and traumatic things happened in Emma’s life. She persevered. She found the moments of joy and pleasure that she could, in sewing, in music, in her church community, and in her family. She extended her family to the wider community, becoming Aunt Em to many. She never complained. She did not dwell on her difficulties. She moved forward as best she could. And, Emma took the steps to help her daughters enjoy better lives. She invested in their education, both formally and what she could teach them. Emma supported their endeavors.

I see the results of Emma’s efforts and her resilience in my life, four generations later. With emphasis on a good education, the joy of music, the centrality of family supporting family, the importance of a faith community, one needs to keep working, find the good things, and there is no point complaining. These are values that have spread throughout the family for four generations, from Emma’s children and grandchildren to great-grandchildren and beyond— aunts and uncles, cousins and second cousins, children, grandchildren, nieces and nephews.

Life is often hard. Persist. Find your center and be at peace.

“Although the world is full of suffering, it is also full of the overcoming of it.” 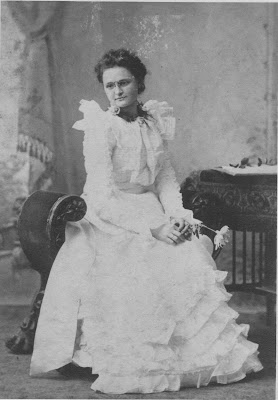 Although women make up 51% of the world’s population, and 43% of all farm workers, and grow more than half of the world’s food, little is heard of our women farmers. 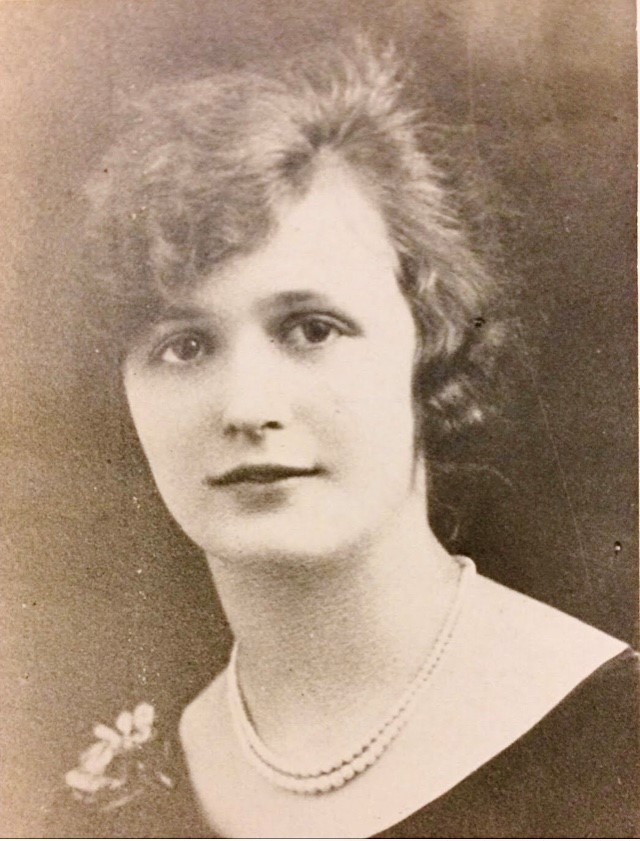 Here is a listing of the different native plants we’ll have for sale this year, along with their ideal gardens and possible uses. Happy Planting!  Crop Plant…

There are a lot of different ways to say it. In A Mood. Cranky. Difficult. Needs A Nap (sign me up, please!). By the end of…

December is the month of dwindling daylight. I understand why so many animals hibernate or semi-hibernate. It feels as if everything is coming to an end.…